The studio reinterpreted classical principles - a carefully proportioned colonnade in front of a calm reflecting pool, a monolithic materiality, and a solid, reassuring appearance - with its signature, contemporary sophistication. A number of the columns are off kilter to foster moments of encounter; the materiality is a glinting stainless steel; and the inner mass is sub-divided into three sinuous, Aalto-esque volumes, each of which conceals the centre’s multipurpose room, dance recital space and main gallery area. These spaces again balance functionality and flair. 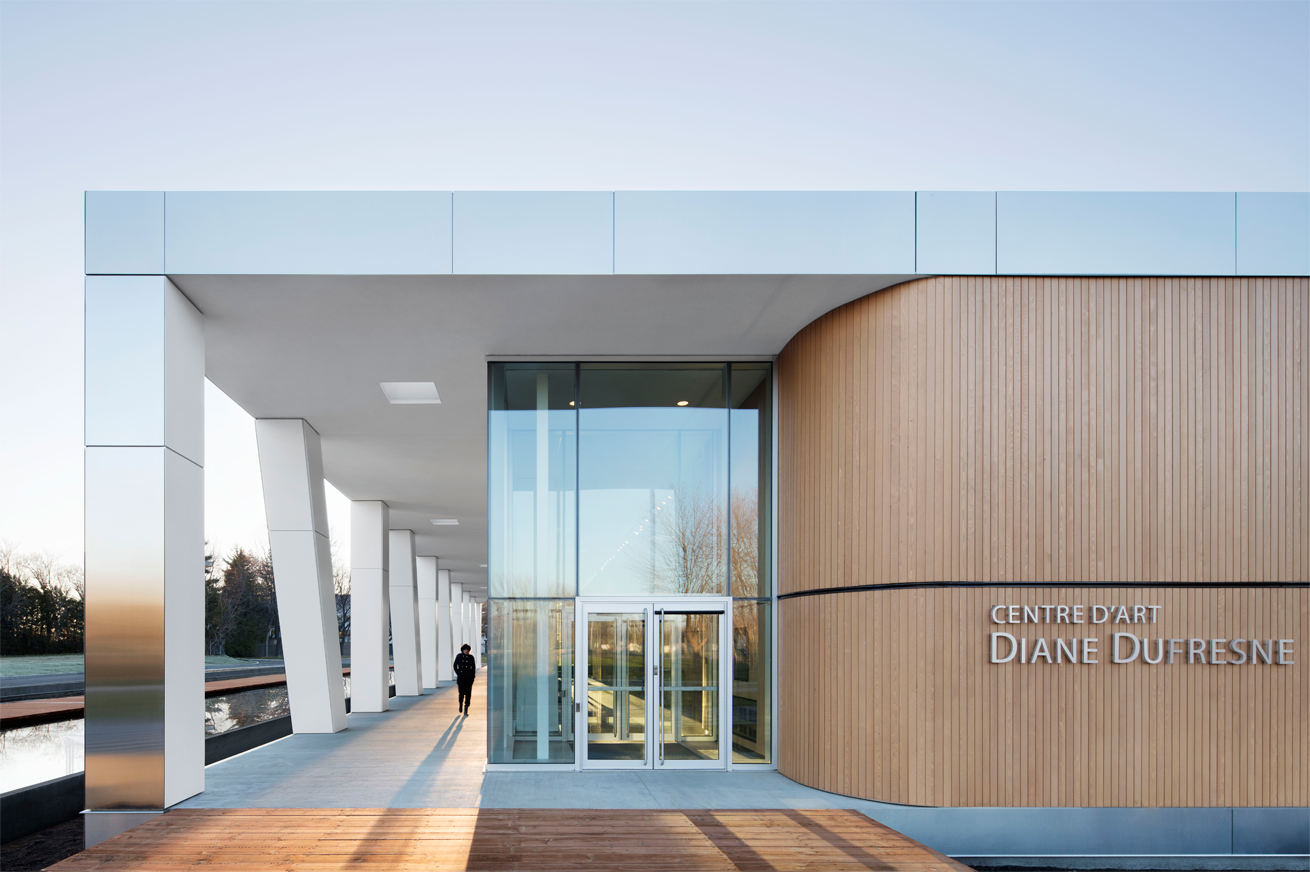 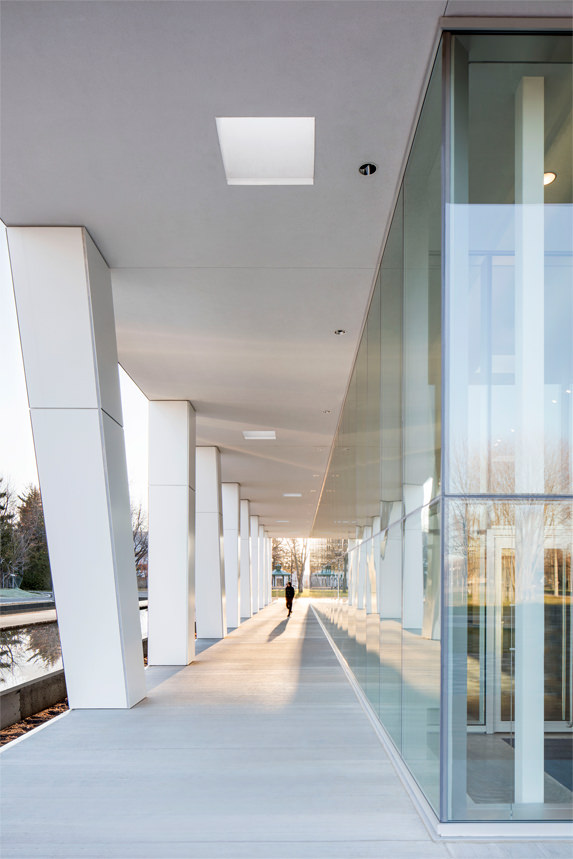 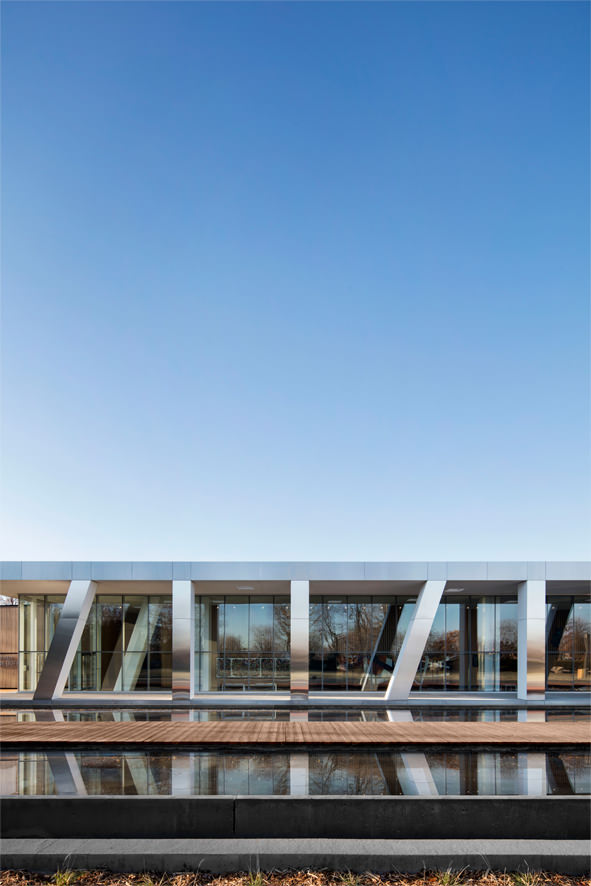 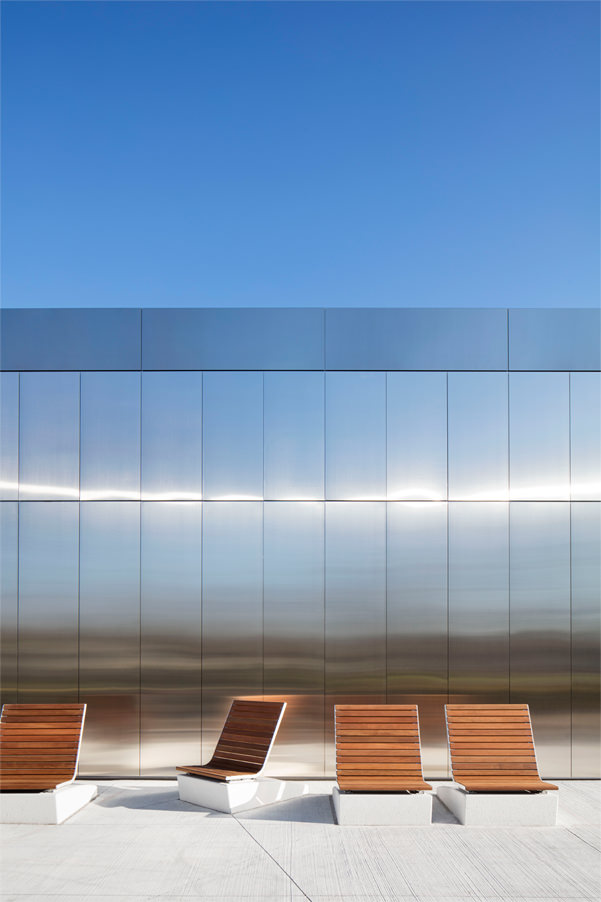 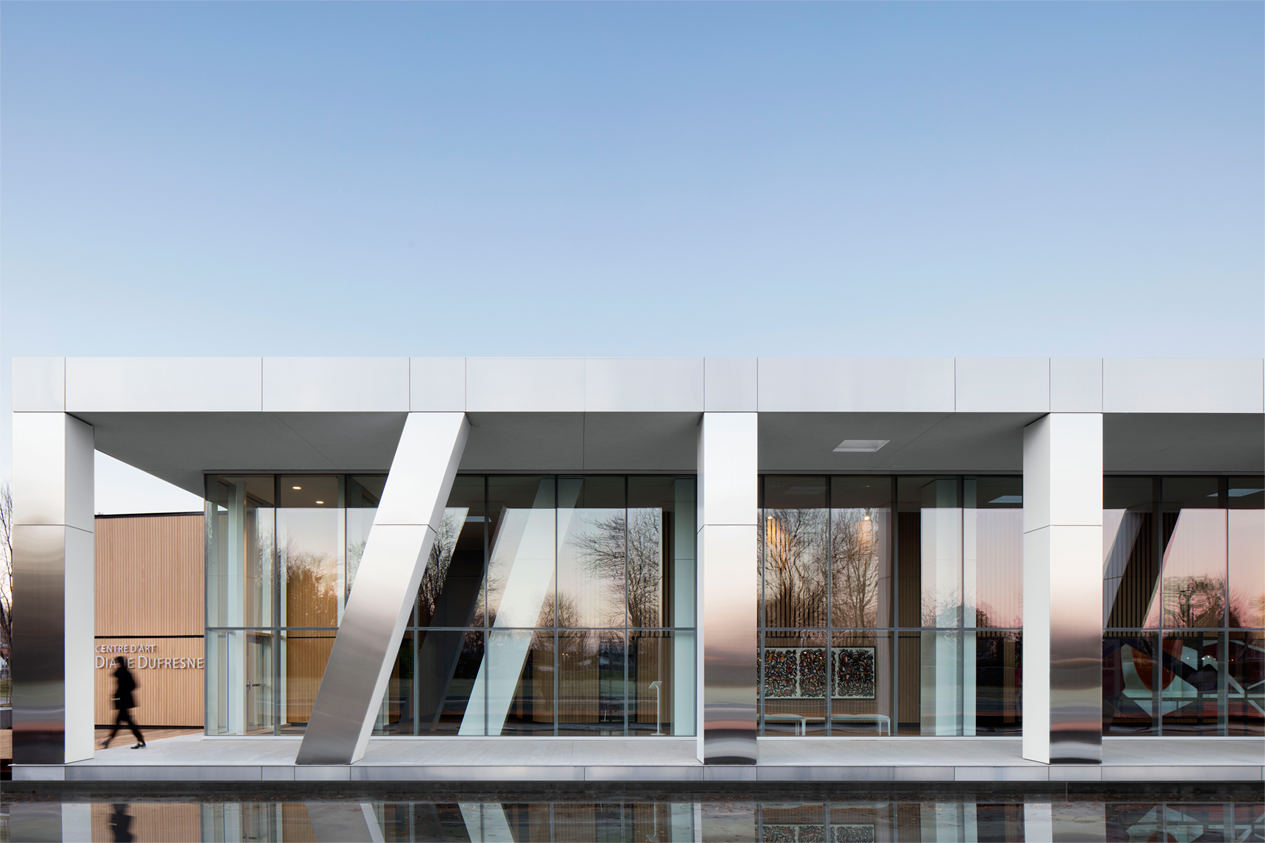 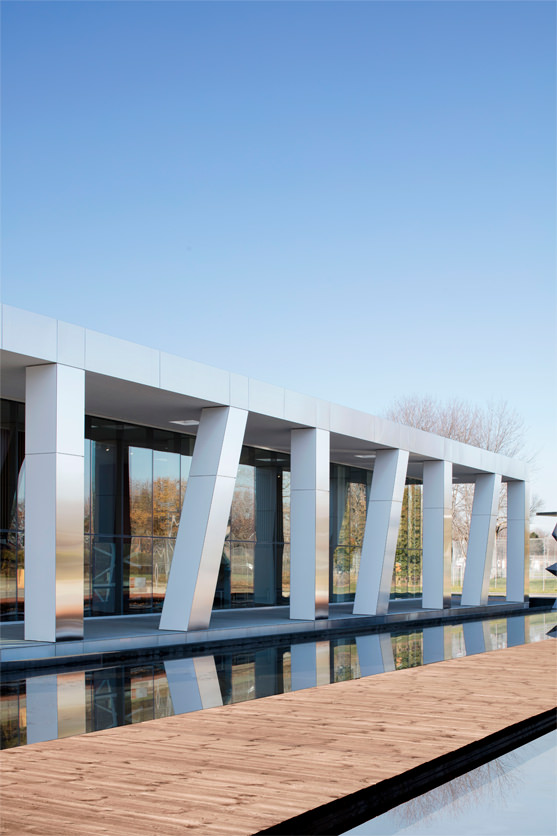 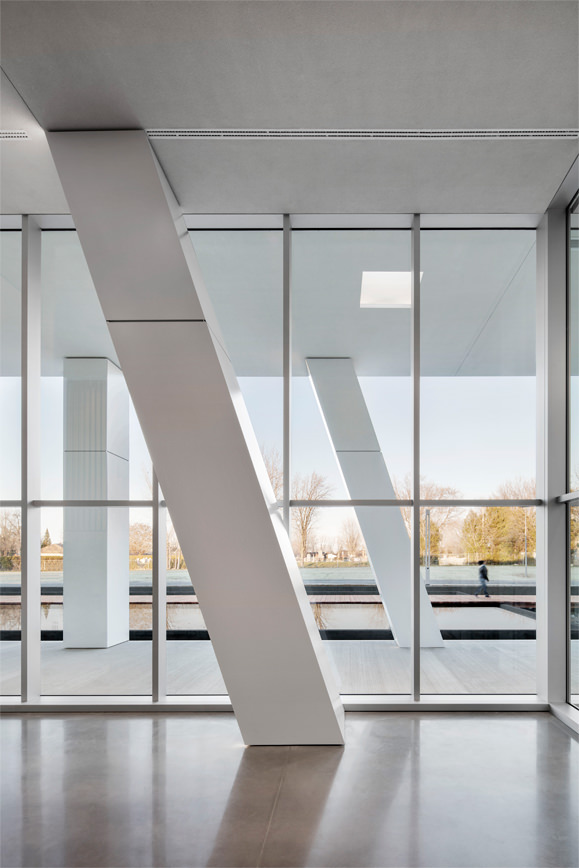 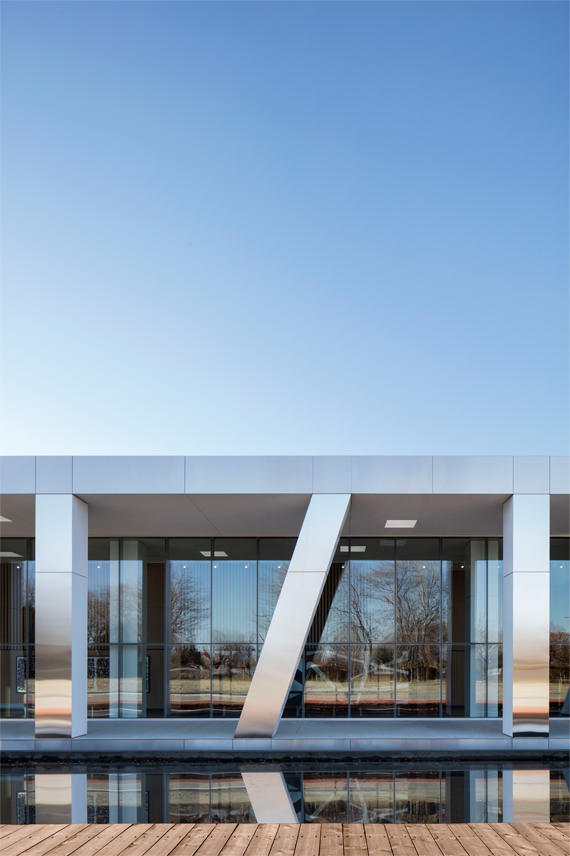 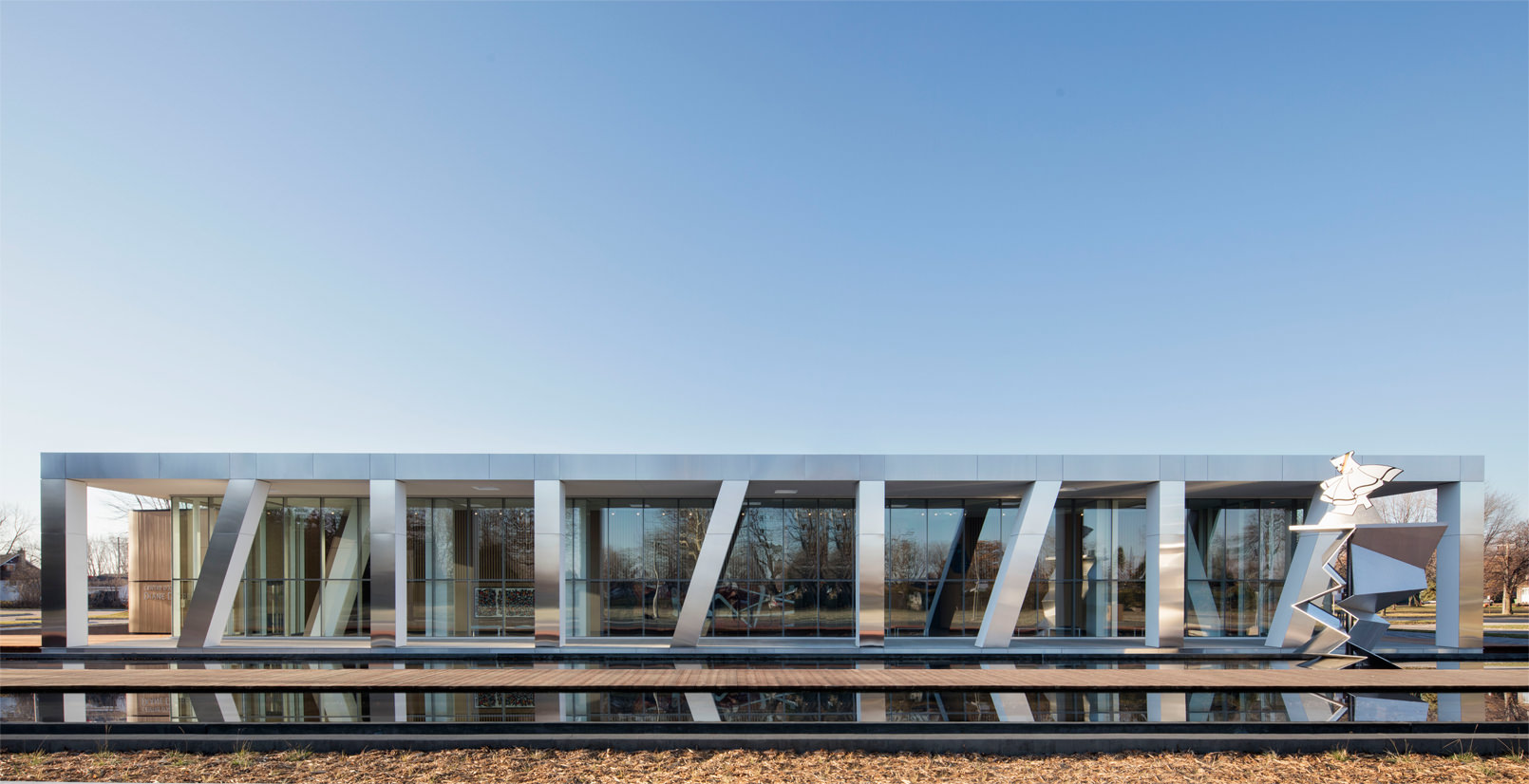 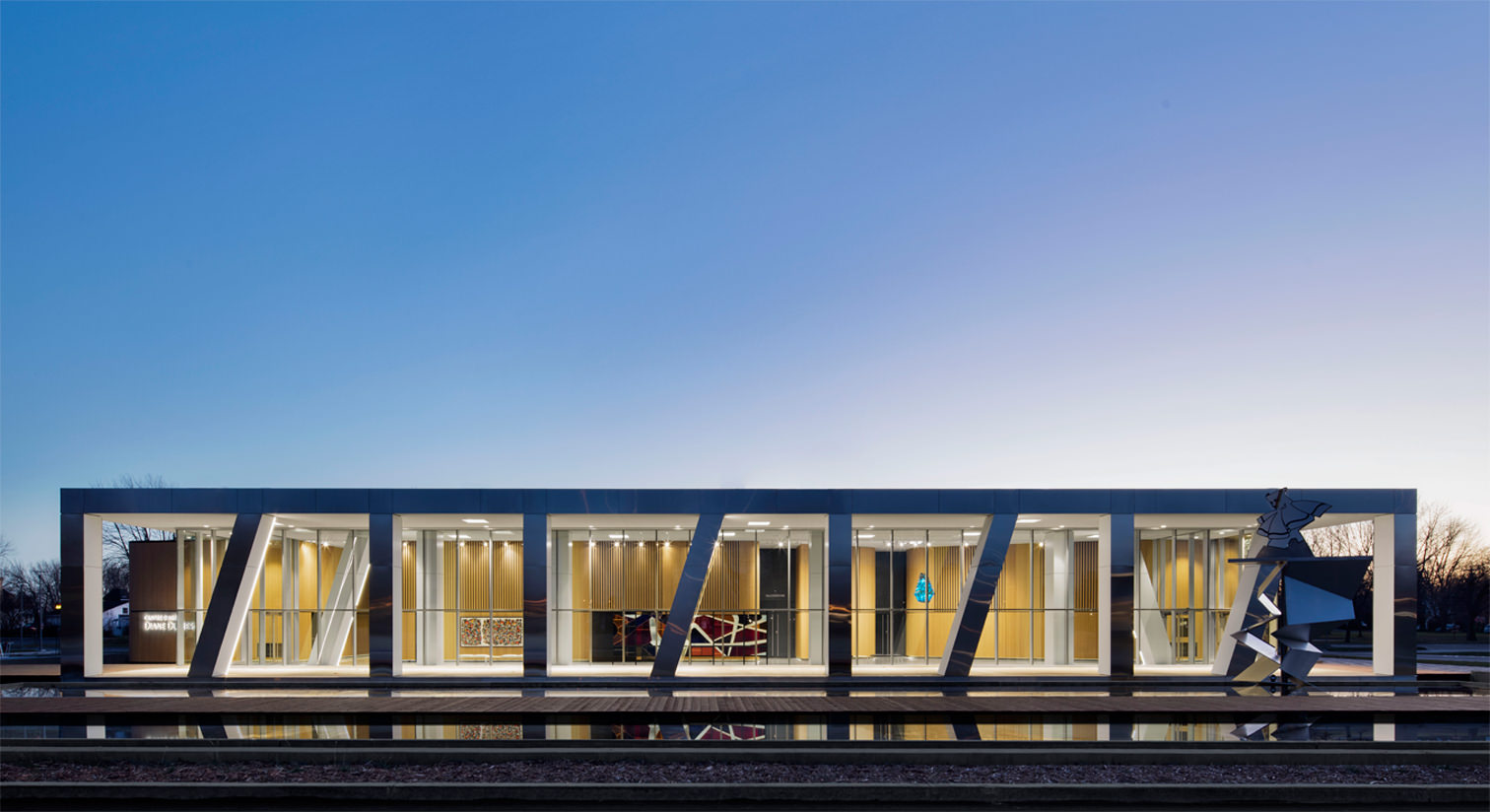 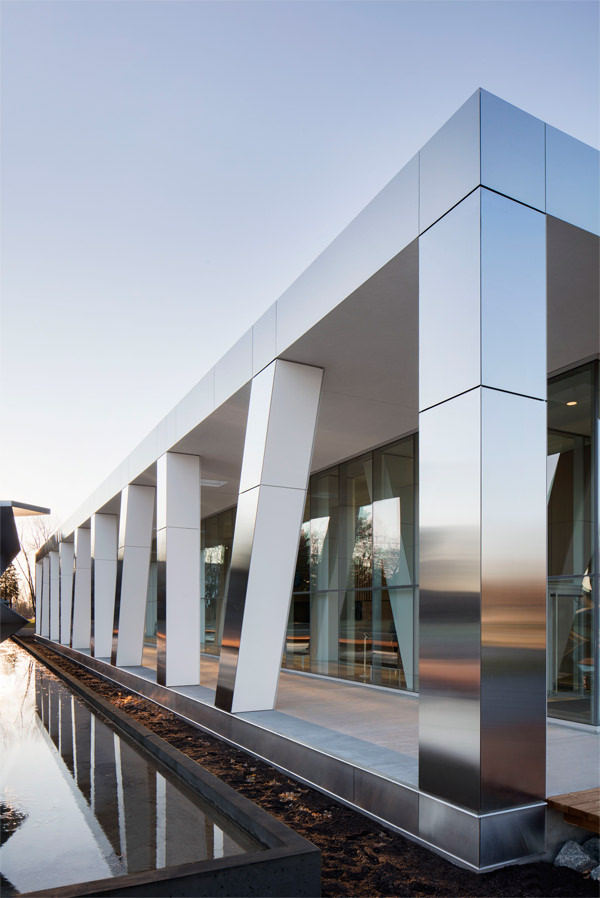 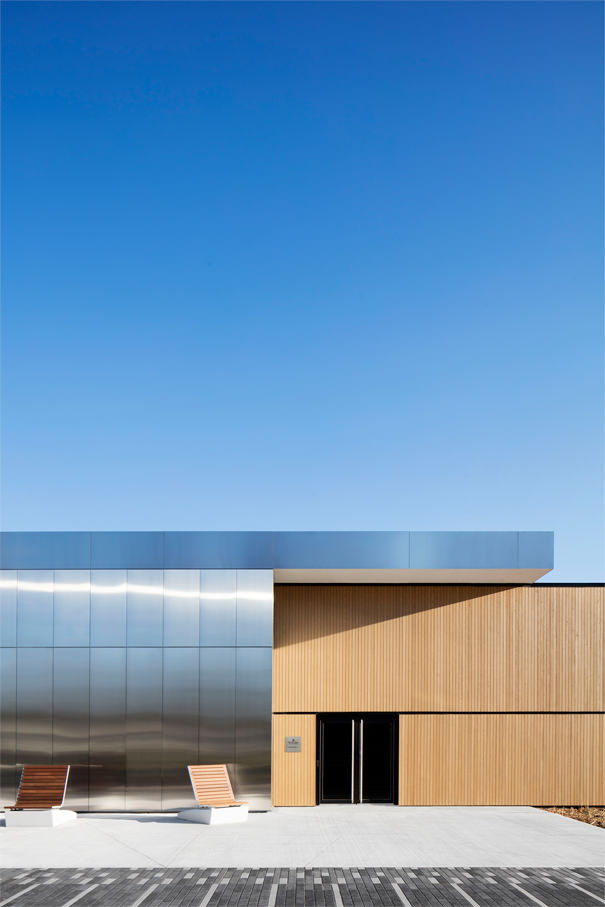 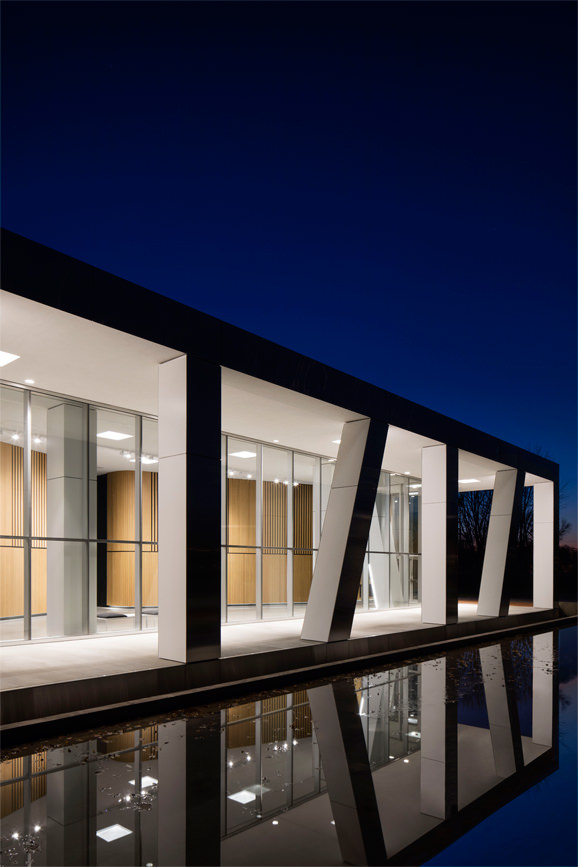 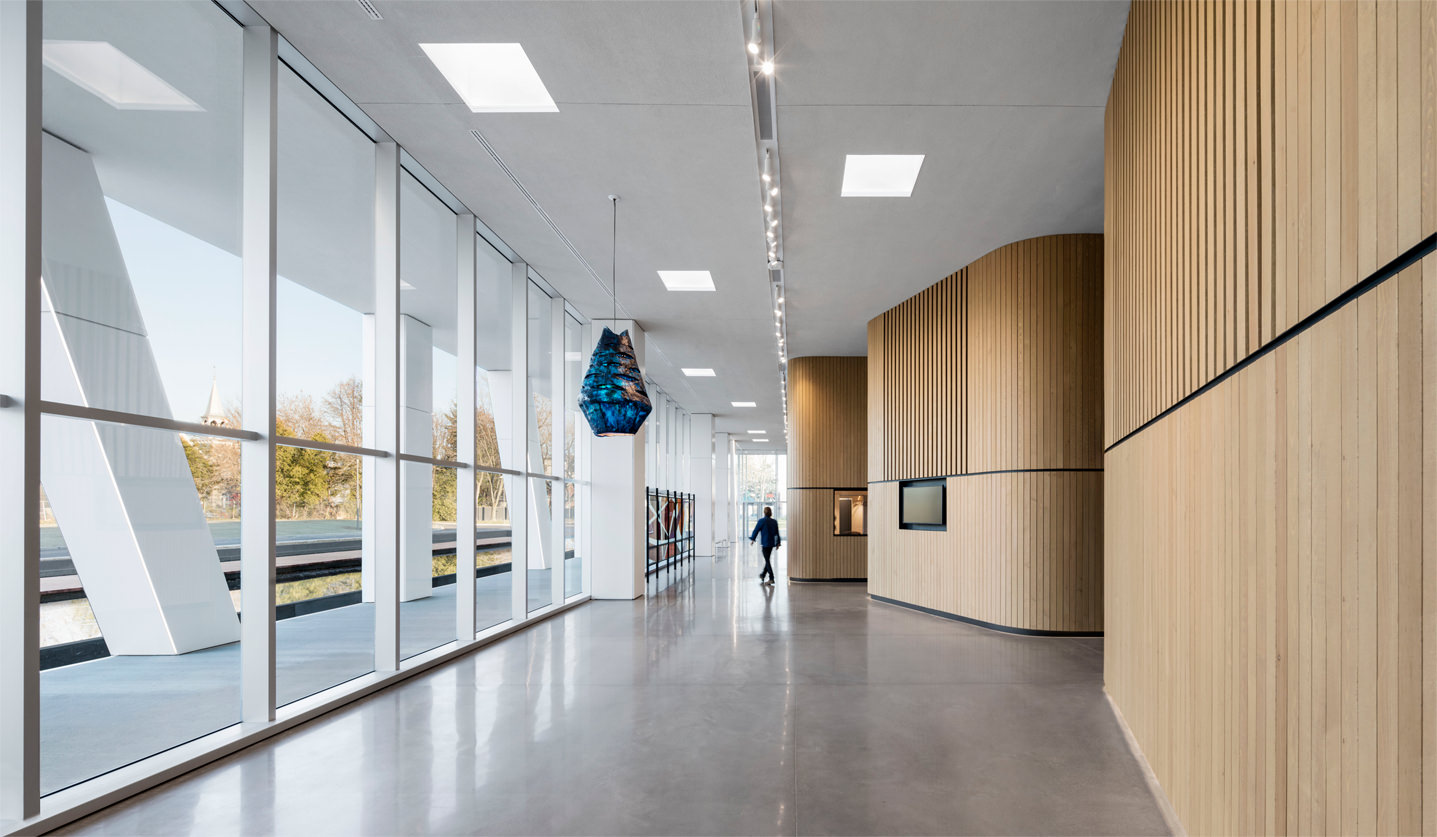 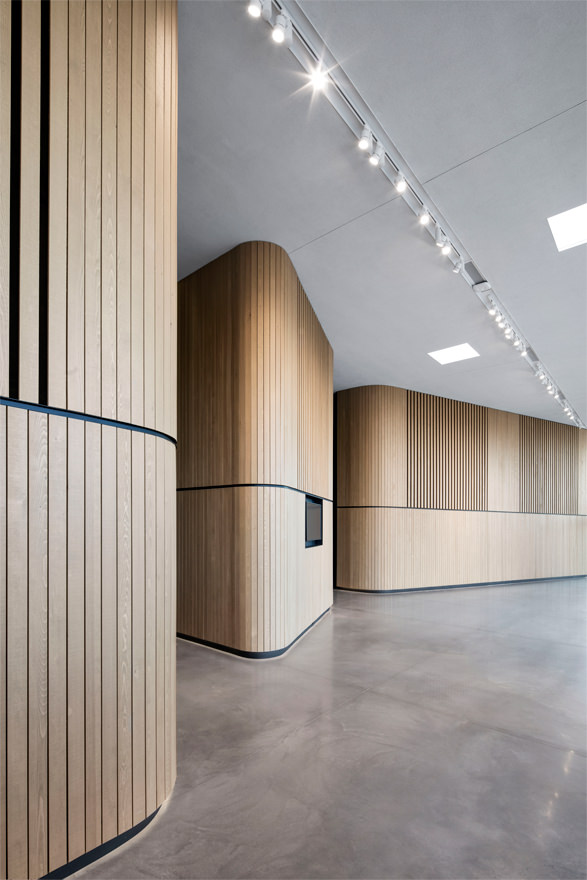 With the Centre d’Art Diane Dufresne, ACDF Architecture has created a new arts centre for the suburban municipality of Repentigny, providing a dynamic core where residents can take in stirring arts and culture without getting on the highway to nearby Montreal. The centre’s architecture, including its siting, massing, circulation and materiality, are instrumental in reinventing the desired community image. It plays with notions of rootedness while gesturing to a vibrant future, instilling a sense of belonging and optimism. Familiar yet distinct, it invites visitors in and encourages long, lingering stays. With this project, the Municipality of Repentigny and ACDF conceived of the centre as a part of a larger master plan. It is the kick-off element to transform a once-sparse, underutilized park into a cultural corridor with thematic gardens, a civic plaza and a theatre. Part of the broader redevelopment scheme is to provide connections between previously disjointed, bungalow-lined streets. The design team positioned the building at the nexus of new walking paths, linking a main boulevard with surrounding residential lanes, helping to draw people to the site. The building’s overall form further helps attract residents. Each interior is understated to let the art shine, and was designed to optimize acoustics and lighting. Beyond contemporizing the façade, the building’s materiality deftly acts as a beacon — important, as the structure is set back from the nearby roads. The row of shimmering columns gleams in the sun, their reflectivity calling to passers-by as well as amplifying and dramatizing the surroundings, such as sunlight, vegetation, and seasonal colours. The qualities of the cladding also echo those of the bell towers of the Église de la Purification-de-la-Bienheureuse-Vierge-Marie, the oldest church in the Montreal region. To contrast the metal’s slickness, the three sinuous volumes in the interior are clad in locally sourced wood, which emanates warmth under an array of skylights.

The classic-meets-contemporary appearance helps establish a sense of familiarity and the porous circulation allows the public to weave through layers of the building, informally experiencing the art. Visitors can wander along through the newly landscaped forecourt, crossing a slatted wooden promenade that transverses the serenity of the reflecting pool (which doubles as a filter for storm water runoff). They can walk through the exterior colonnade, which also functions as an open-air exterior gallery, and absorb the creativity of the place without stepping inside the building. Or they can enter the interiors, and explore the galleries of linger in the interior colonnade. Importantly, the centre contributes to the community regardless of the time of day. At night, it acts as a lantern, activating the surrounding park, and making serene reflections in the pond — reflections that express a sense of temporality, and which will instil a sense of calm for years to come.