Designed by ACDF, Grosvenor Pacific Tower counts on its elegant simple massing, clean lines, and contrasting assemblies to emerge from the city’s skyline. With its clear language inspired by iconic architecture, the tower adds an emblematic element to Vancouver’s urban landscape. 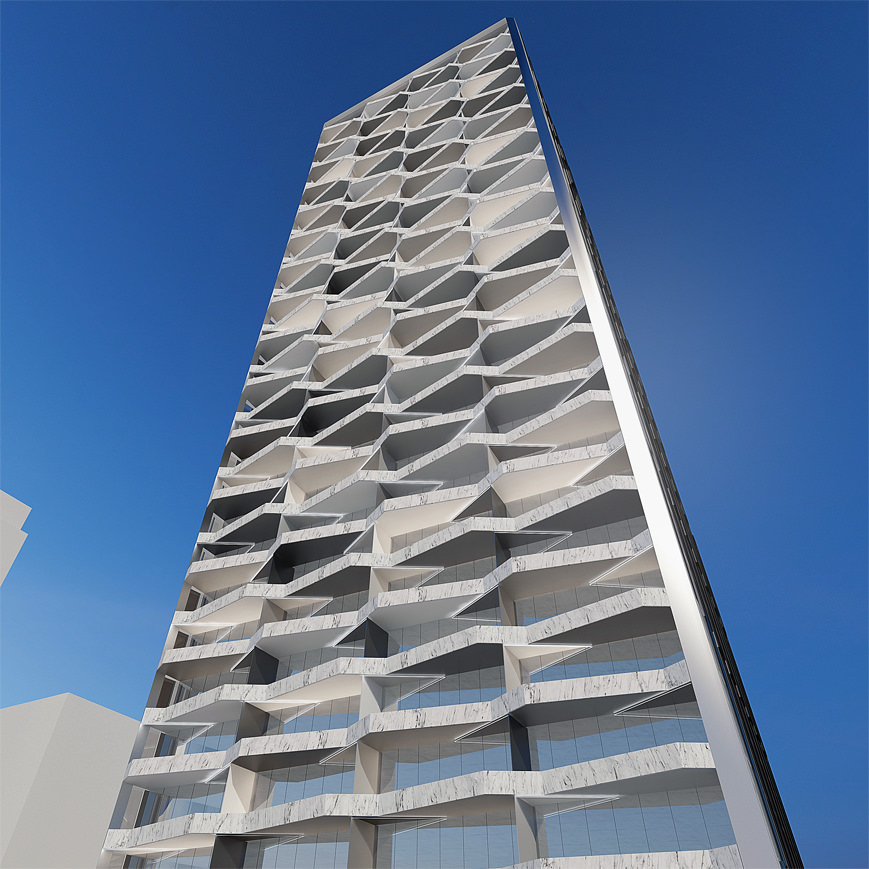 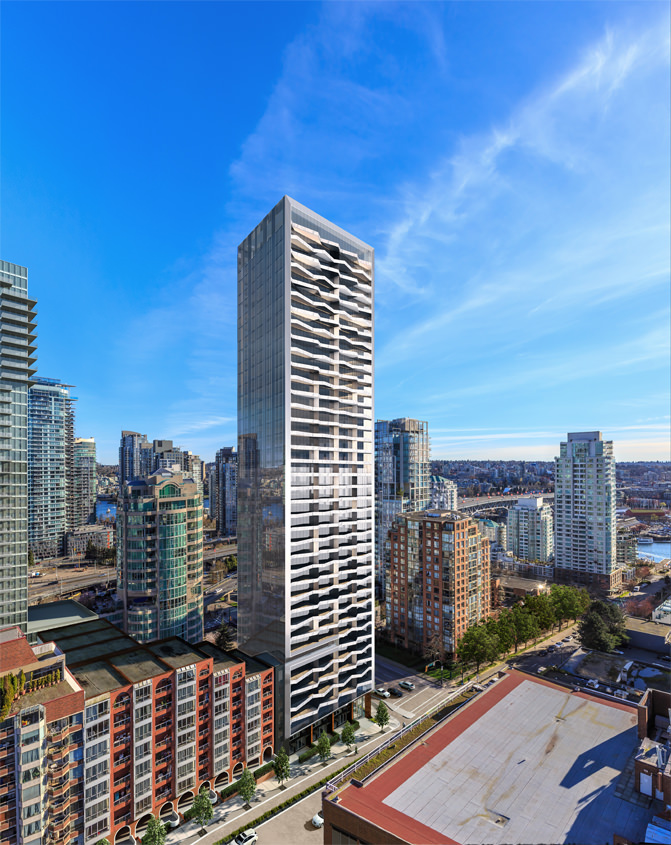 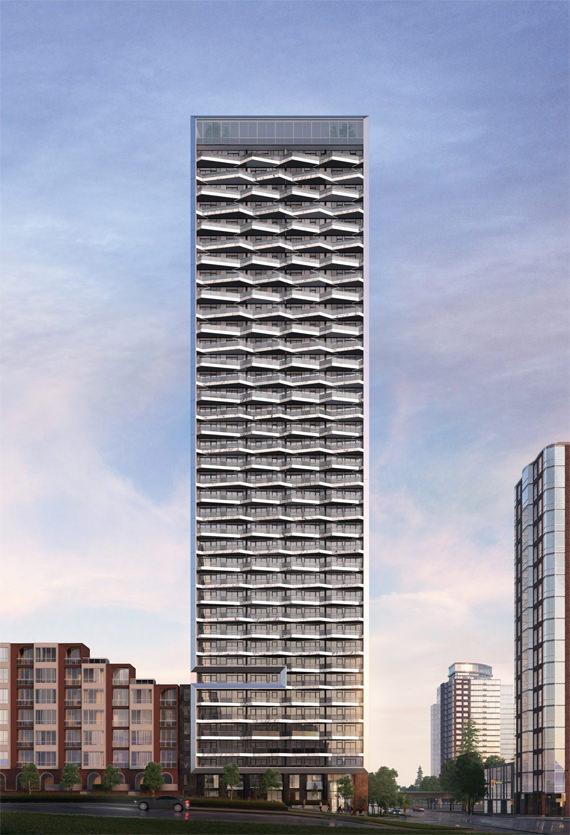 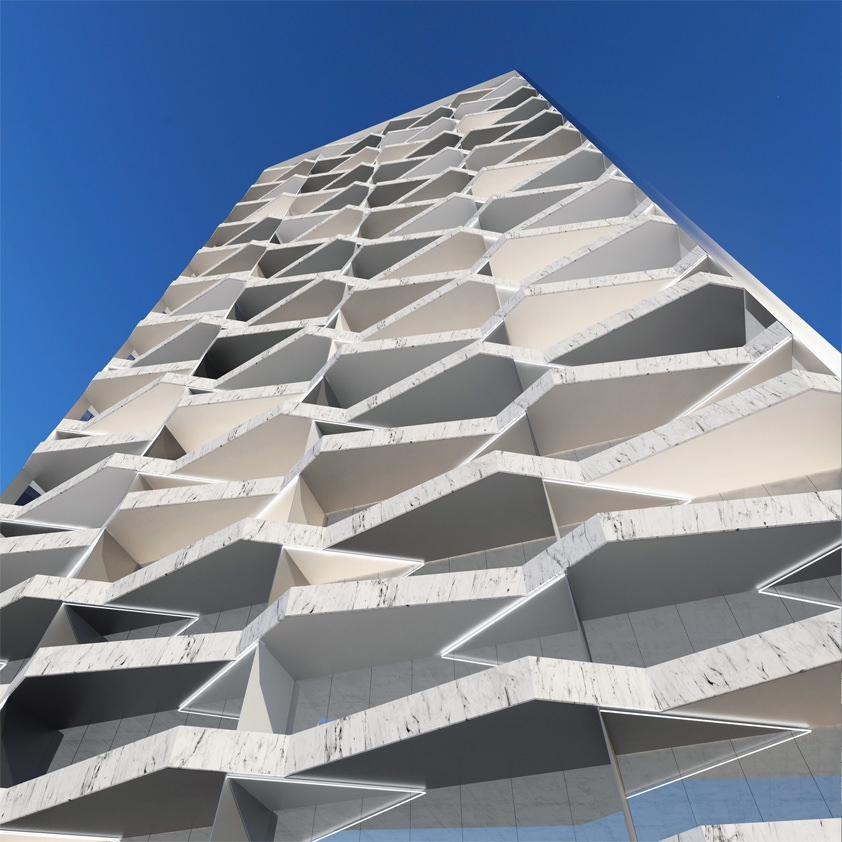 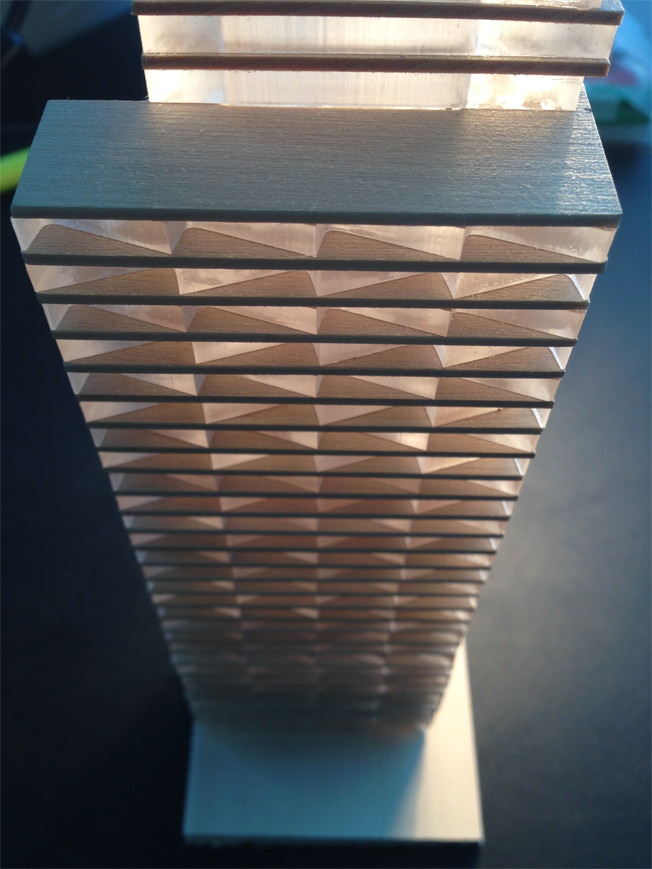 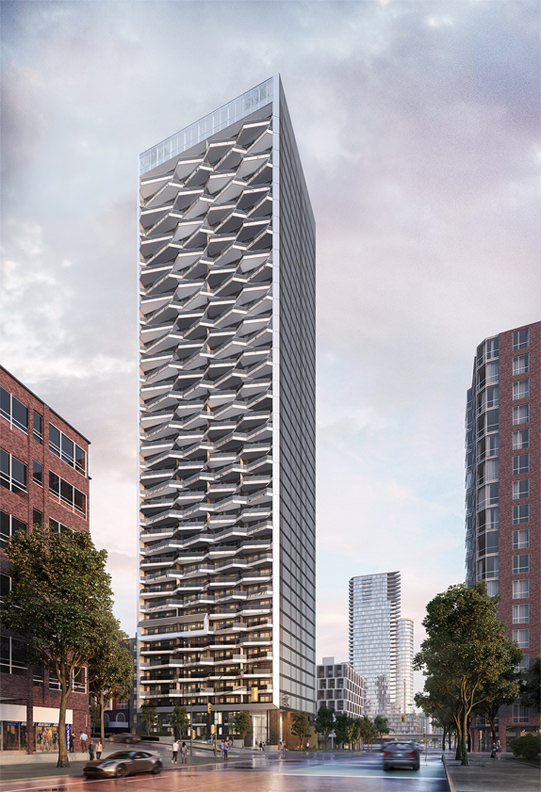 Sophisticated and impeccably dressed, yet remarkably accessible to the rank and file, The Pacific solidifies ACDF’s mindful approach to architecture that is responsible and generous. The condominium tower for Grosvenor stands on the corner of Hornby Street and Pacific Street in Downtown Vancouver. It complements its surroundings with a modernist composition that acts as a visual landmark devoid of sculptural theatrics.

A triple-glazed curtain wall system with polished black stone features on the north and south facades, while protruding triangular balconies are woven across the east and west sides. The texture generated by these balconies, and their differing shades of grey reminiscent of hazy clouds flowing over the top of Vancouver’s hills, contribute to the animation of the pedestrian space – which ACDF has designed as the fifth façade. The balconies also shape a soft, wave-like movement across the tower that changes throughout the day, while reflections emerge from a brushed stainless-steel frame.

From a pedestrian’s perspective, The Pacific gradually displays its charms. A colonnade at its base follows the height of the adjacent Leslie House, one of the oldest surviving buildings in Vancouver, which has been carefully preserved, revitalized and incorporated into the design. Double-height columns are placed in a sequence that recalls rows of old homes and are clad in perforated steel panels that will age over time. Across them are oversized human caricatures in golden mosaics by artist Lyse Lemieux.

As one of several new additions to the Vancouver skyline, and across the street from BIG’s Vancouver House, The Pacific has earned its place alongside cutting-edge buildings designed by some of the world’s most renowned architects. Rather than competing within the city’s already dense and varied landscape of tall buildings, ACDF has adopted a more complementary approach, prioritizing clean lines and subtle, human scale elements to provide a wealth of experiences.

In collaboration with IBI Group inc.