Barclay Tower in Vancouver's renowned West End. From afar, the tower interacts with the public realm via games of light and shadow along the curvilinear balcony facades. 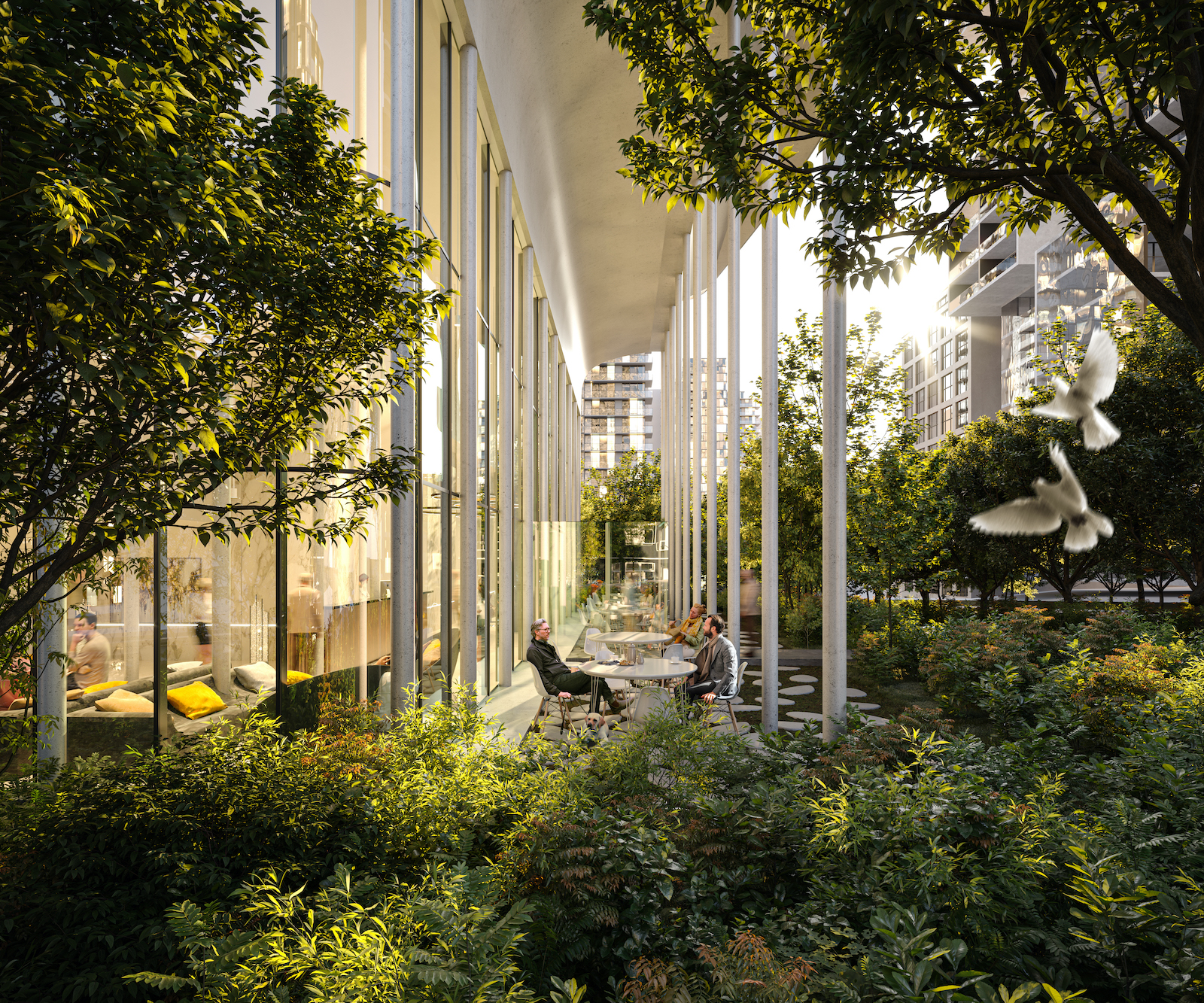 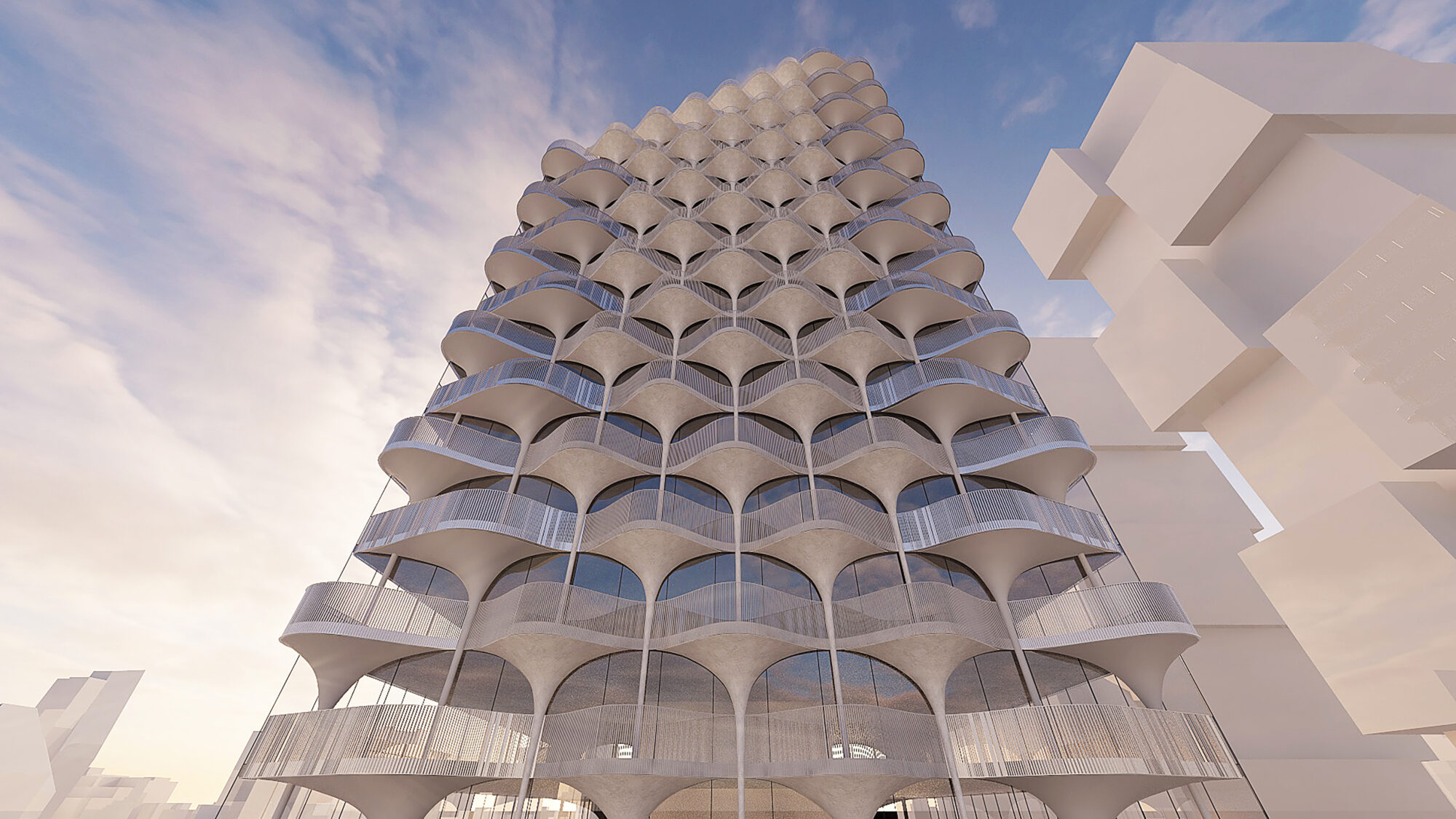 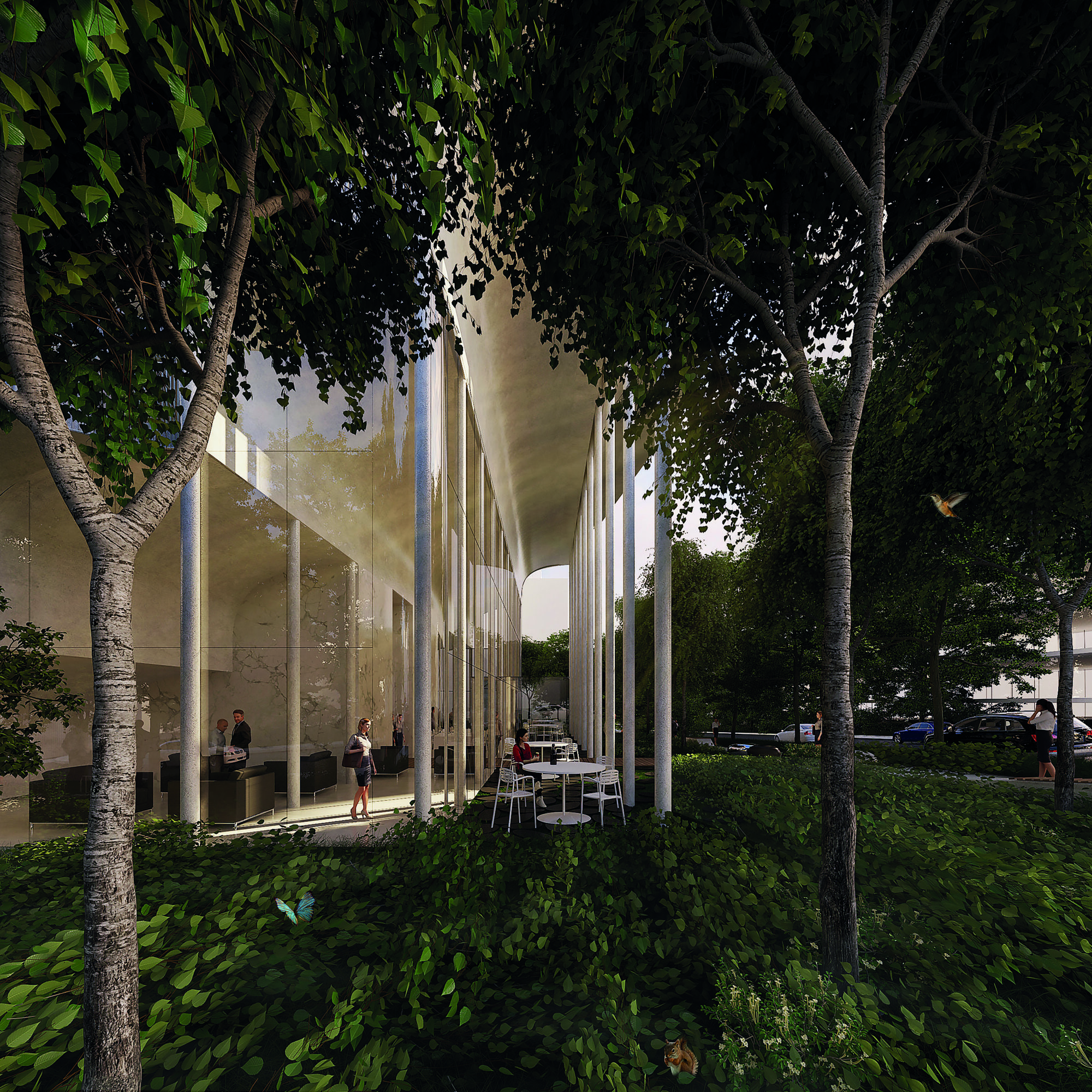 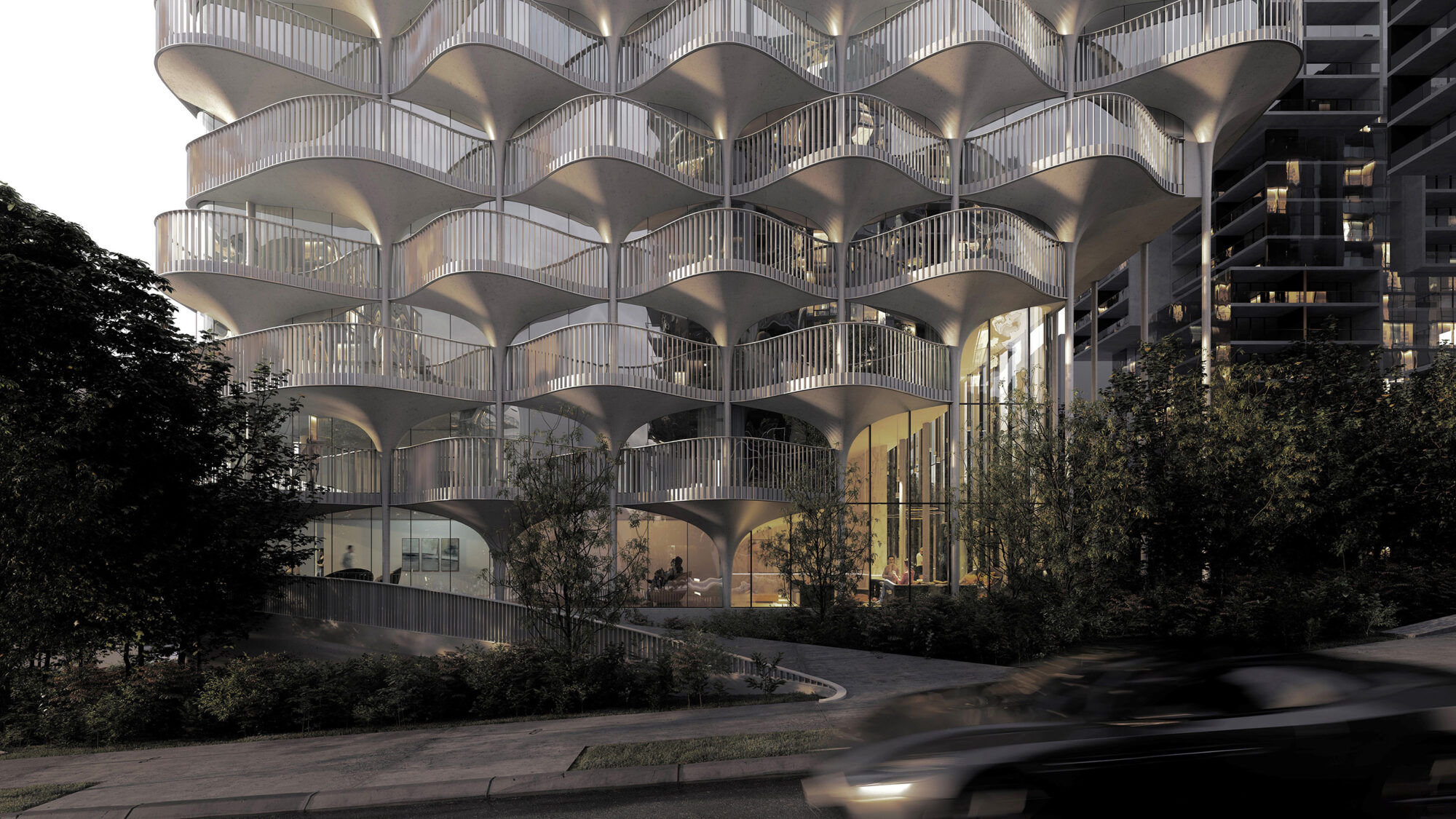 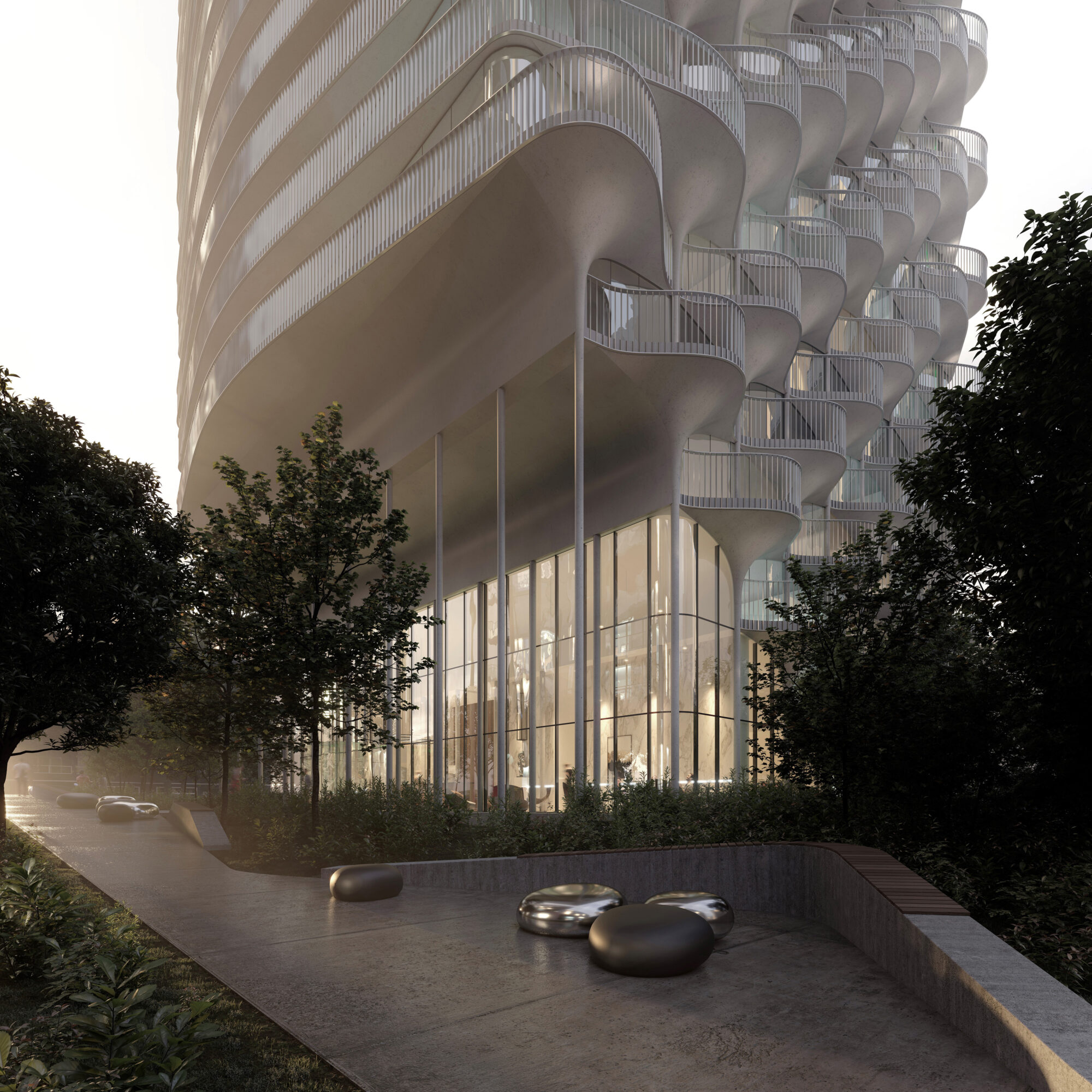 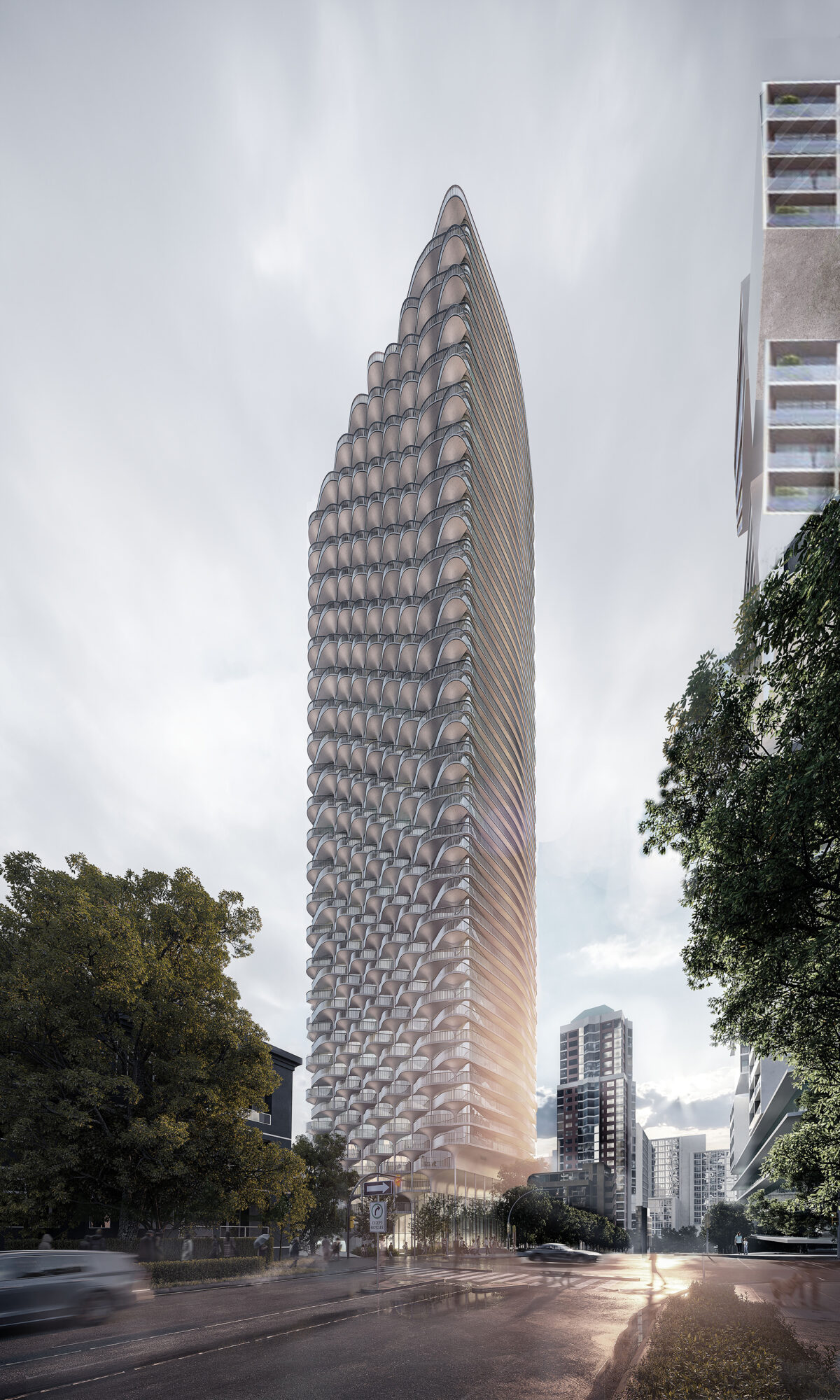 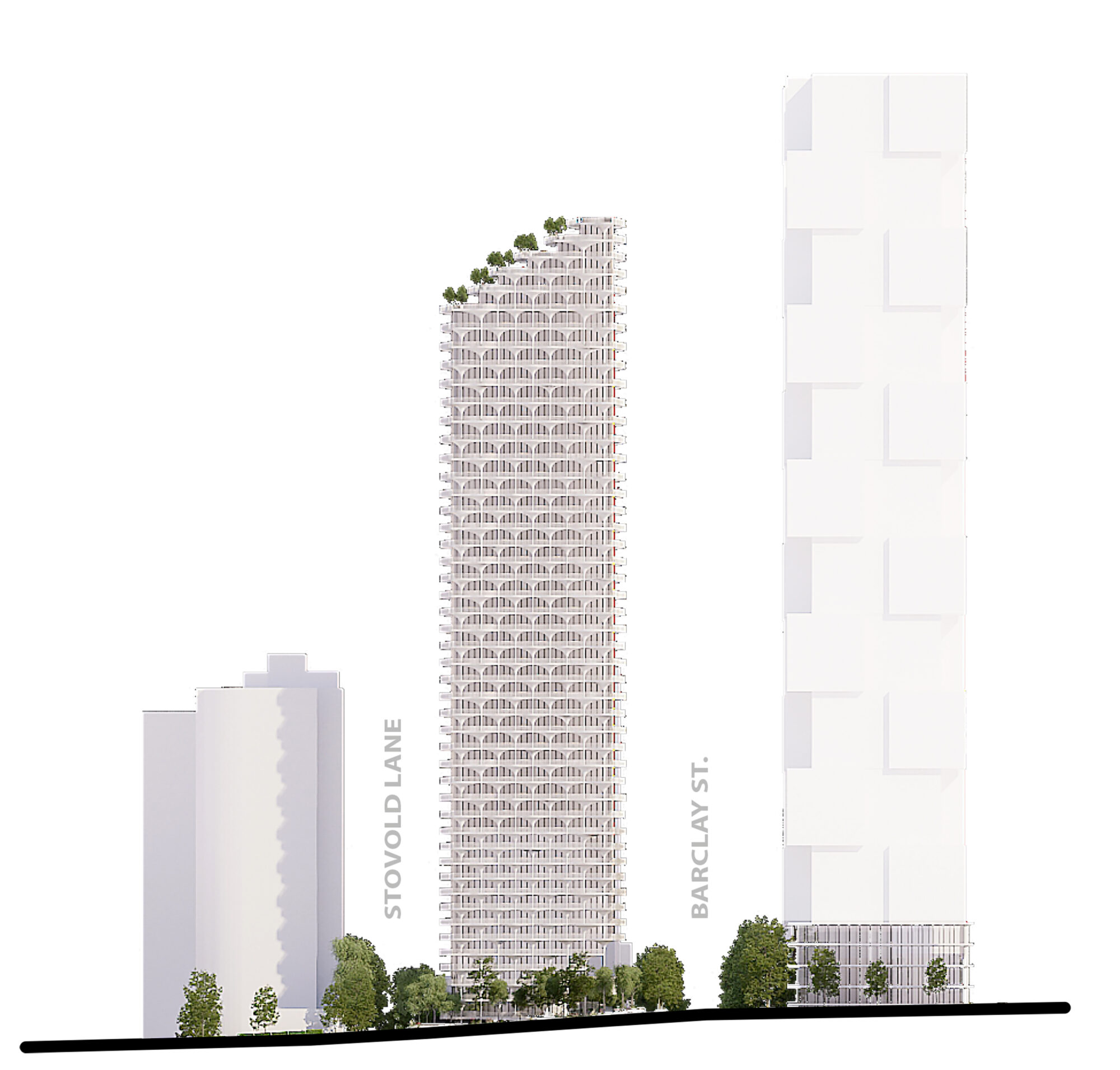 Located in the West End neighbourhood of Vancouver, the proposed Barclay development by ACDF Architecture is 48 storeys tall (464 feet) and is composed of 296 market housing and 81 social housing units. The tower stands out with its pale exterior and soft curves that create a sense of peace and generosity in the city’s dense urban fabric. The graceful design is a much-needed response to the unique, socio-economic context of Vancouver.

The city is facing an affordable housing supply crisis while also booming with high-end developments, each vying to be icons in the well-established and abundant skyline. This dichotomy fuelled ACDF’s pragmatic design for Barclay, which seeks to foster a thriving, diverse community-in-a-tower. The Montreal firm strives to create architecture with a sense of composure and beauty that complements the whole of a city, while also bringing attention to certain perspectives, whether it be tenants’ everyday lives or the pedestrian experience.

Though not the first building in Vancouver to integrate two types of housing, Barclay is distinctive in combining the two offerings without differentiating them or compromising quality for the overall design. With 25 percent government-subsidized social housing units, Barclay’s common spaces are designed to be used by all tenants, as opposed to separate areas which is more common in such mixed buildings.

Barclay is modelled on a “tower in a park” typology: a slender building surrounded by a landscaped base. A forest-like perimeter composed of layered public and semi-private belts is planted with indigenous plants, while the corners of the site are open and connect to a larger network of public plazas. This integration of landscaped public spaces and architectural promenades aims to promote positive livability. At the centre of the site is the tower. Its southern façade is sheared upward, allowing the tower to follow the path of the sun, and an angled roof minimizes shadows on the neighbouring buildings and commercial strip. The east and west façades are detailed with its curvilinear balconies in a staggered pattern that follows the sun’s angle.

When completed, ACDF’s Barclay will be a beacon in Vancouver’s skyline. With its paleness and delicate, nature-inspired form, the tower engages not only at the grander scale of the city at large but with its “fifth façade” that engages pedestrians. As one looks up at the tower from street level, the alternating balconies create an intriguing texture with games of light and shadow that gracefully speak to the quality of Vancouver as a green city surrounded by mountains, trees, and water.

Drawing inspiration from the lines of nature, such as the towering trees of Vancouver’s Stanley Park, Barclay provides a sense of familiarity. Its organic yet highly mathematical form is also representative of the geometry in nature – its structural concrete balcony system is an innovative façade evocative of tulips and ginkgo leaves. The tiered, scalloped balcony formation allows for optimal daylight penetration across the units and also minimizes thermal bridging – a factor that is critical to treat in cold climates like British Columbia. Triple glazing and R-15 walls also contribute to meeting the rigorous sustainability targets of passive house.

Barclay is ambitious. It seeks to complement its surrounding condominium skyscrapers but stand out in its quiet, pale elegance. It is crafted to contribute to a truly pleasant experience – for those passing by, visiting its landscaped plaza, or simply returning home.

In collaboration with IBI Group Inc.